Children in Afrin were forced to recite Turkish nationalist slogans at the opening of a new educational and cultural center for orphans, according to videos posted by the Muntasir Billah Turkmen Brigade, a Turkmen Free Syrian Army group that participated in Turkey's Operation Olive Branch.

The center, named after Turkish President Recep Tayyip Erdogan's mother, Tenzile, was opened in occupied Afrin to serve children orphaned by war. Photos of the center show signage predominantly in Turkish, with Turkish and Syrian Turkmen flags prominently displayed alongside the flag of the Free Syrian Army. Education, like in other schools run by occupation authorities in Afrin, is offered in in Turkish and Arabic— though Afrin's population before the war was primarily Kurdish.

In the video, as well as in photographs circulated by pro-Turkish and pro-FSA social media accounts, children stand in front of and hold flags displaying a symbol associated with the Kayi tribe— the Central Asian nomadic group from which some Turkish nationalists claim the Ottoman rulers were descended. The blue flag with white runes has been used by far-right Turkish political movements. Supporters of Turkey's far-right IYI Party— which split off from the ultranationalist MHP earlier this year— held similar flags at party events. Many believe that the party's name was derived from the runes on the symbol— which look like the Turkish word IYI, or "good", spelled in capital letters. 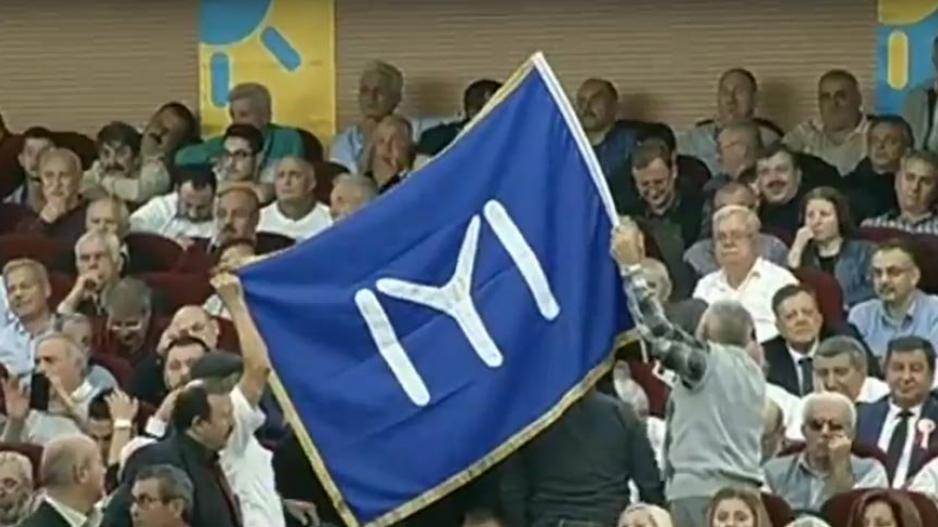 It is unclear if the children accomodated by the center are originally from Afrin, or if they were brought there after being displaced from other areas of Syria. Turkey has moved significant numbers of people into Afrin after gaining control of the are in March, in an effort to change local demographics.

In other photographs from the opening of the center, children are seen holding Turkish flags and making four-fingered hand signs associated with the Muslim Brotherhood, a radical Islamist organization. Erdogan drew criticism from international media for making the same hand sign while arriving in Germany. 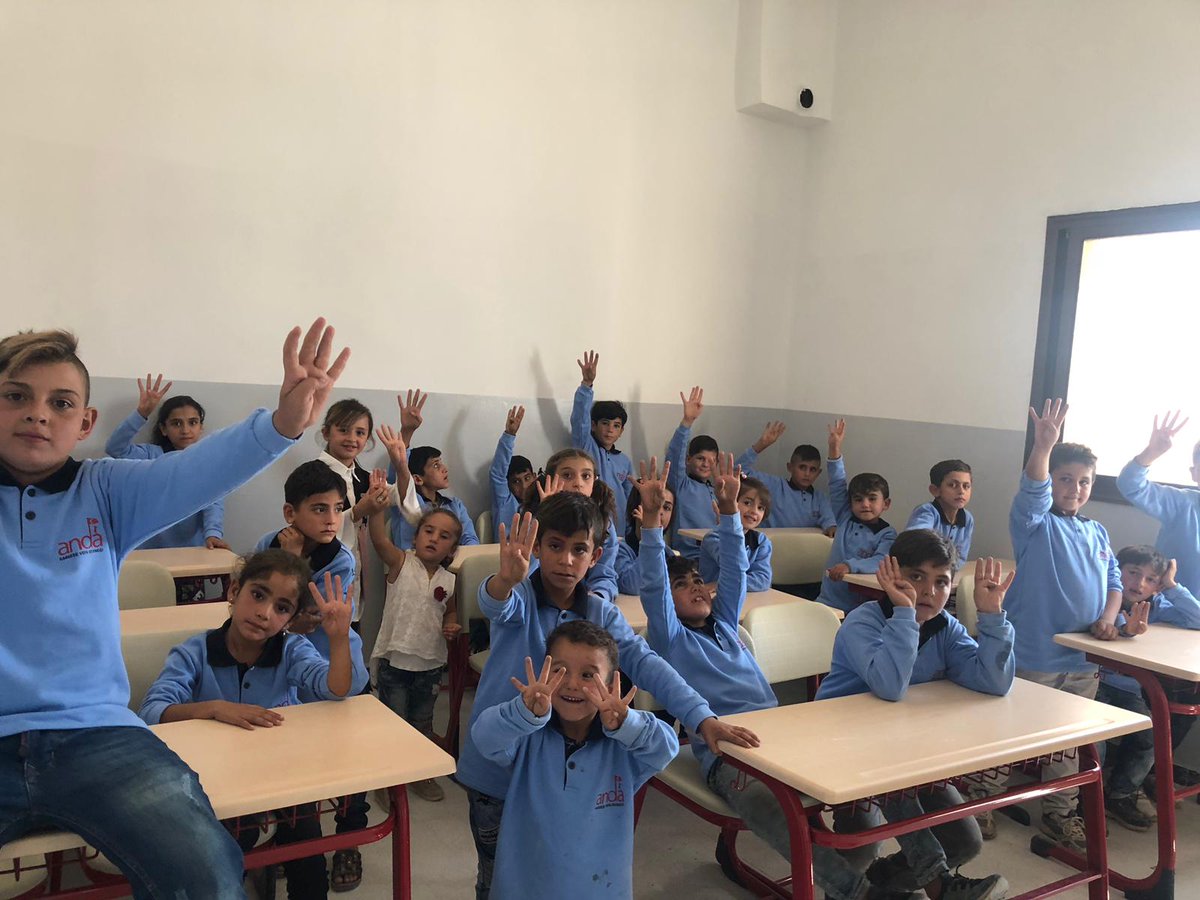 Forces affiliated with Operation Olive Branch have made significant efforts to impose Turkish language and culture and hardline Islamist ideology in Afrin— once known for its pluralism and the freedom its political structures offered to women and religious minorities. Upon capturing Afrin City, FSA militiamen destroyed a statue of Kawa the blacksmith, a hero of the Kurdish Newroz story, and renamed streets named after Kurdish cultural symbols. Billboards promoting strict religious dress for women and girls were seen around Afrin, and women who defy conservative social roles continue to be harassed and attacked. Videos posted by the same FSA-affiliated milita that shared the video of the cultural center show the establishment of Quran recitation schools for young children.